The Stormwall has been a big deal on a number of levels. Cygnar relies on its jacks to do the heavy lifting, and to provide the hardest hitting guns. But generally if a jack does one it doesn't do the other. The Stormwall does both, and brings good covering fire, and synergises with Cygnar's lighting powers, which are one of its most potent metheods of troop clearing.

It's also a kick ass model. I like it becuase it really captures the grace and technological prowess of the faction while still feeling very Iron Kingdoms. The only conversion work I did was to add the contector wires from the generator to the gauntlets. It makes it look more natural to power its electro-leaps, and ties it in with the Thunderhead. 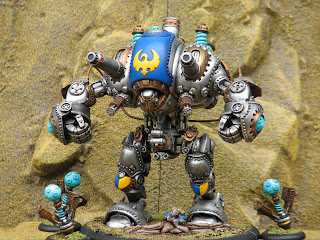 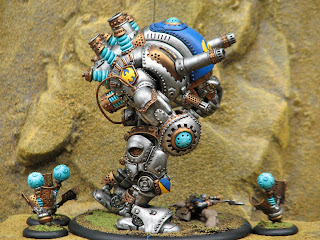 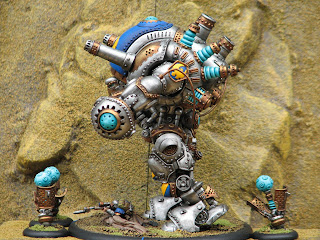