Caine was the guy that got me into warmachine. I got in during Escalation when a friend showed me the Prime rulebook. This game with giant robots seemed pretty neat. And out of all the warcasters in the book this magic gunfighter had the most appeal. Which is how I started playing Cygnar.

The great thing about Caine is that he's very well rounded. As a support caster he's solid with Snipe, Blur, and Deadeye. He has some janky movement and assassination potential with Thunderstrike. He can stay very safe with Teleport. But if he needs he can also super solo it up and just kill squads by himself. He's the origin of the phrase "POW 12s kill casters.".

Soon after I started playing Warmachine Ashlynn was released in NQ#1 and I then got into mercs. Which meant I never got around to painting my original Caine model. Then when the new Caine came out in 2009 it meant I wasn't likely to any time soon either. But I was mainly playing Legion then so he was on the back burner again. Basically it's taken me since 2004 to get around to painting the warcaster that got me into the game. 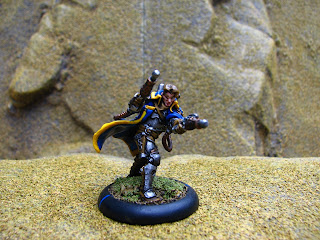 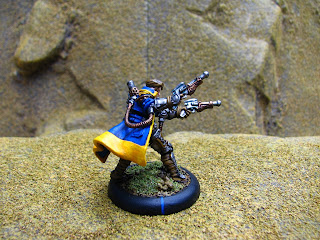 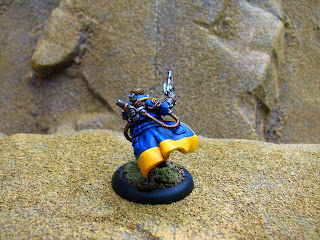 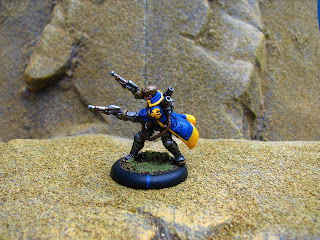