The Nephilim Bolt Thrower isn't something I would normally take more than one of, but I was playing epic Lylyth for a while and it's worth it with her. Although perhaps I should say was worth it as the Naga will be taking it's place in the forseable future.

I wanted to convert it a bit so the two didn't look that identicle on the table. Fortunately the Bolt Thrower has a handy animus called Glide, that gives it flight for a turn. I had some medium Angelius wings left over from another project so I modled those on to show it with the animus it play. I think it turned out fairly well. 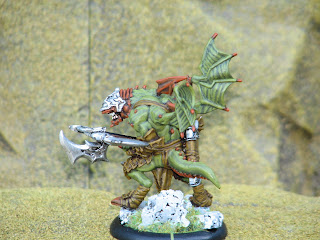 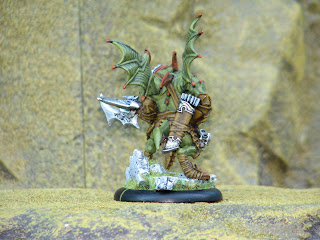 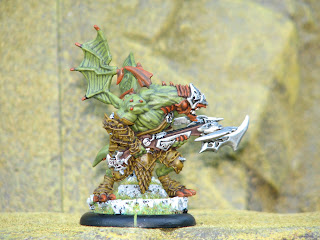