This Charger is the my first Cygnar jack to be painted even though I've been playing them for 3 years. My Mercs and Legion have been getting all the painting love. I decided it was time to recitify this, but needed a scheme that was a) fast and b) not as incredibly blue as the studio one.

Fortunately I had inspiration in the form of the Cygnar Swordknights. I did like their scheme and was planning to use it, and I realised that I could translate it directly on to the Cygnar jacks. The result is what you see, although I won't be doing anything until I have all my Mercs painted (so close!). Then I will binge and paint them all along with Darius, Jeremiah Kraye, Haley, and Stryker. With that core I'll expand out into my simple armour troops (Swordknights, Stormguard, Stormblades) and then move to the more complex figs. That's the plan at any rate, although the Legion will be a distraction. 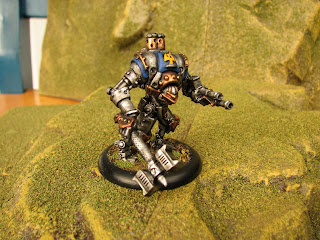 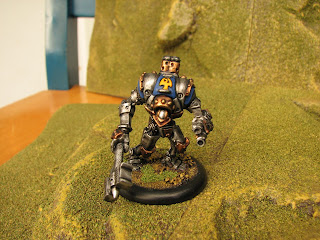 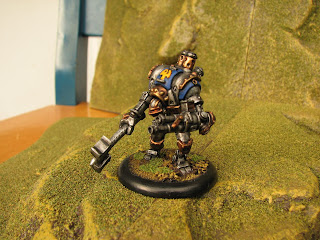 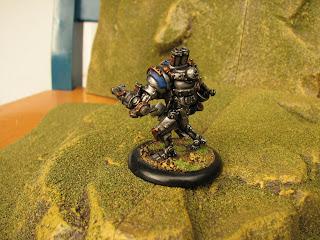 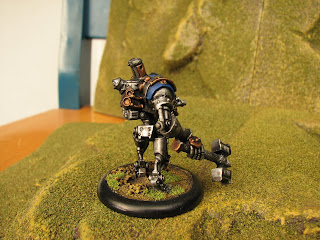