Kara Sloan is decent warcaster with a couple things that hold her back. She has some very dead spells on her list, and between casting the spells she does have and shooting her gun she certainly doesn't have any left over to fuel warjacks. She is also rarely seen in tournaments as she fights with better casters like Siege and eCaine for Reinholdt.

She is pretty fun however, once you work out a list that suit her strengths. Taking too many jacks is a trap, as she can't feed them and the bonus shots aren't that valuable as they are unboosted. What you want is to maximise her feat with a volume of accurate shots. Boomhowlers with Murdoch are good for this.

I converted her from waving her gun around to shooting the thing like in her art work. I did a quick saw on the right arm and added a little green stuff to remodel the elbow joint. The left I replaced with eHaley's left arm from the PP store. 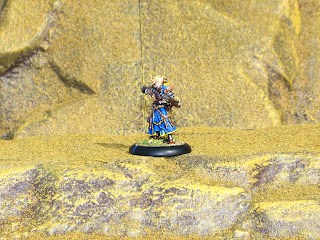 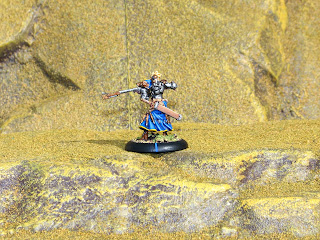 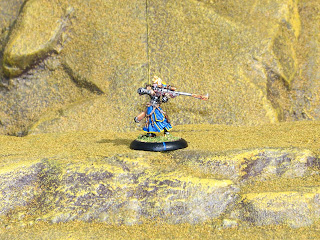