My first Angelius is now complete. The next will be a while since it's still unfiled in the box, but with Typhon coming I have a reason to get on wtih him.This one I deliberately placed on an extra high base. My experience with playing Seraphs had taught me that trying to get base to base with things with wings was an exercise in frustration, so by building the base up the Angelius's wings would be over top of the typical model out there. I wasn't worried about people drawing LOS since the regular model is pretty impossible to hide anyway.

To help with balance issues the core of the cork base is hollow and a large lead fishweight is glued inside it to the base. This works fairly well, but the model can still be a bit tippy when not on the flat.The area around the wings is also a bit rough. The Angelius learned that even Dire Trolls do not compare to the power of a curious three year old who manged to rip off five of its six limbs before daddy caught h 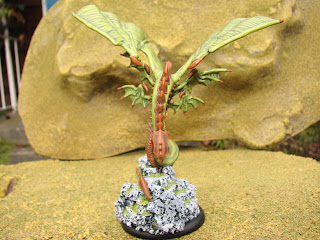 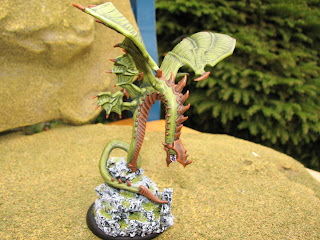 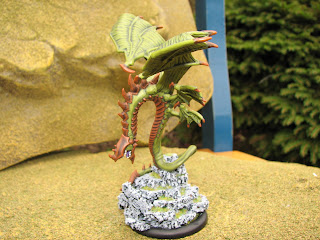 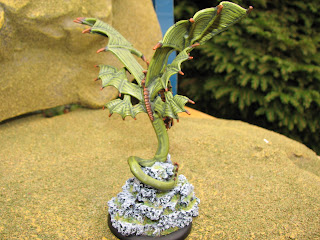 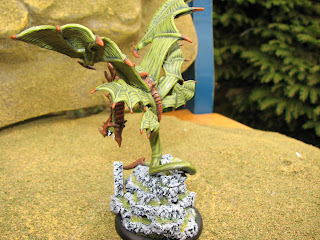